I love to lurk on  the Native American Genealogyresearch  pages on Facebook to see what new myths are crop up.  This week a question was asked about a Chief Honaker Buckskin of the Cherokee and his daughter who married a man named variously Joseph Francis and or Jacob Blair, who had been kidnapped as a boy and raised until age nineteen by the Indians. This couple supposedly had at least three sons, including a Jacob Jr. who lived in Russell County, VA. Is this true? And if so, who was Chief Honaker? Let's see what we can find out.

Jacob Francis Blair was born about 1735 on his Gr. Uncles farm next to a large swamp named for his Gr. Uncle Sampson. Jacob was born to the Reverand Samuel Jacob Blair Jr. and Francis VanHook. After they were married n new Jersey, they traveled to Samuels Uncles home in Wayne County, PA. They needed a place to stay as Francine would soon bear her baby. In 1735 he and Francis went to Uncle Sampson's farm who had fled to America 35 years earlier to escape execution. Jacob was left with his uncle while his father was building his church and home. A difficult time for white settlers. Territorial disputes between France and British Colonies resulted in a 7 year war called the French and Indian Wars. France allied itself with the Senica, Wayndot, and other Algonquin Indian tribes who were trying to drive out the whites. Jacob was out picking blackberries when a Senica Indian appeared and then more. Jacob was taken captive and held from the age of 12 until he was 19. A fur trader came to trade and rescued him.

The Reverend Samuel Blair
Someone on the internet is making the claim that Joseph Francis Jacob Blair was the son of the Reverend Samuel Blair. Blair was born in Antrim, Ireland in 1712 and immigrated with his brother John as young boys. He married a woman of Dutch descent in 1735. Samuel was the minister at the unfortunately named Fagg's Manor. Samuel's son Joseph died on 22 May 1748 and was buried in the church cemetery. [1] The headstone clearly says 'The remains of Joseph Blair who departed this life', on 12 May 1748.

The internet claim is that this boy was really kidnapped and taken by Indians only to return when he was nineteen. I guess no one thought to remove his headstone, although someone claims on Find A Grave that he was born on 17 April 1733 died on 18 November 1815. [2] The Wikitree profile gives a birth date of 1735 and death of 1800 in Oakton, Fairfax, Virginia. I found him on Ancestry and one profile says he was born 17 April 1735 and died 18 November 1815 in Blair Ridge Buchanan, Virginia.

There was a Jacob Blair, Revolutionary Soldier from Massachusetts, his date of birth was April 13, 1735 and guess what day he died, yep, 18 November 1815. But he died in his home of Massachusetts, not in Virginia and not in Pennsylvania. So some of the information about Jacob Francis Blair is actually conflated with the Massachusetts man. [3]

I cannot find anything on the supposed Great Uncle Sampson. Was he a Blair? I don't know. I haven't been able to find much on the ancestry of Samuel and his brother John.

Who Was Chief Honaker Buckskin?
I'm sorry to be the bearer of bad new, but there was no Cherokee Chief by the name of Honaker Buckskin. Tuckahoe is a mythical Indian brother of the equally mythical Princess Cornblossom.  Honaker's daughter, as she known on the Family Search website, Princess Patricia Margaret  Sandusky Wampatuah, is pure fantasy. I have no idea where this mish-mash of names comes from but it is fiction.

Was there a Jacob Francis Blair?
It's better to start with what we know or can prove and work backwards. Trying to start at the oldest possible ancestor and work down has gotten more people into trouble with their genealogy. So let's see if we can find out anything on the supposed children of Jacob Francis and Patricia Margaret. According to an ancestry page, they had four sounds, Joseph, George, John Ancil and Jacob Jr.

What about all those paintings and photos?
Paintings of Joseph Francis and his wife Margaret Patricia can be found on ancestry.com and other genealogy websites. They have been removed from Wikitree. Not a single one of the paintings is of the Blair family. Someone, randomly choose pictures from the Internet and claimed they were of this family. Someone went to alot trouble to create this myth.

Anyone seem this portrait of Joseph Francis Jacob Blair? Guess when it was painted.... just a few years ago by artist Sandra Flood. His name is Bob. [5] 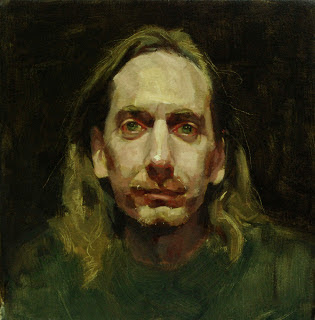