There's nothing like an Indian Princess to deck out your family tree. They are the genealogy fashion 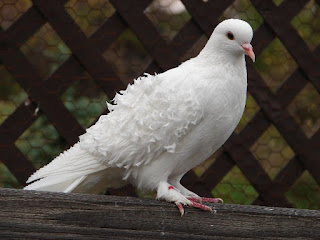 statement of the year. Lot's of folks have em and even more want um. Most of the Princess' I've written about so far have been from Virginia. But, this phenomenon is not restricted to the south. Here is one from Massachusetts. Her 'English" name was Mary Hyanno and her Indian name was Little Dove. She was born about 1623 in "Mattachee Country" which is today Barnstable County, Massachusetts. Her father was Chief John Hyanno, son of Chief Iyannough Cummaquid. Her mother is said to be Mary No-pee. Mary "Little Dove" has been described as "a full blooded Wampanoag.

The following text was taken from a genealogy.com website and gives a good overview of Mary Hyanno and her story:

These Indians were a branch of the Wampannoags or White Indians. "Austin Bearse was the 4th great grandfather of Jacob Hamblin, through his daughter Sarah Bearse who married John Hamblin. They raised a large family of children and many of the prominent families of America today can trace their ancestry to Mary Hyanno, the flaming haired princess of the Wampannoags.

The evidence as to the identify of the wife of Austin Bearse is found in an unpublished manuscript, entitled: "Who Our Forefathers Really Were. A True Narrative of Our White and Indian Ancestor," by Franklin Ele-wa-tum Bearse (a Scaticoke and Eastern Indian). This manuscript is a certified copy of an original sworn statement now on file in the office of the Litchfield County District Court, in Connecticut, and accepted by the State Commissioner in Charge of Indian Rights and Claims as an authentic and legal declaration of lineage. It bases its claim as to the identify of Austin Bearse's wife upon statements in the original diary of Zerviah Newcomb, who married Josiah Bearse, a grandson of Austin, and who wrote from personal knowledge of the facts. Her diary is called, "A True Chronicle of the Bearse Family."

"It is said that the above manuscript is deposited in the Congressional Library and states that Austin Bearse married by Indian rites at the Mattachee Indian village Mary, daughter of John Hyanno, a Mattachee Sagamore, and son of the Sachem Ihyannough who befriended the Pilgrims on their first arrival. In Zerviah Newcomb's diary, Austin Bearse was said to be of the Romany or Gypsy race, and the name was originally Bearce. He belonged to a family of Continental gypsies who had emigrated to England. There was great persecution; for some minor infraction of the English law, Austin was deported to the colonies. On arriving at Plymouth, Austin was the only prisoner allotted to Barnstable.

No Puritan girl at that time would marry a gypsy, as there were eligible Puritans to select from. It was therefore natural that he should marry an Indian Princess. "Further it is said that Mary Hyanno was a lovely flaming-haired Mattachee princess. Her people had an ancient tradition that a long time before white men had landed on their shores and intermarried with them. This probably indicates a Viking descent, and why the Indians were called Wampannoags (White Indians). Mary's ancestry is given as: 1. Ihyannough, Sachem of the Mattachees 2. John Hyanno, md. No-pee, dau. of No-took-saet 3. Mary Hyanno, md. Austin Bearse.


Now that is a heck of a story. While I was reading it, the song Gypsies, Tramps and Thieves by Cher was running through my brain. On another site, Mary is described as having very light skin, the color of burnished copper and was "very lovely and fair to look upon." Her red hair and fair skin were "a present from visiting Vikings around 1001-1016". The word Wampanoag means 'White Indian."(It doesn't) I wonder how they pinned down those Viking years to a such a specific time period? And does this description smack of racism to you, cuz it does to me. The marriage of Augustine and Mary, it is said by another writer, was a powerful factor in the prevention of Indian attacks on the English. It seems there was a bit of a "Pocahontas Effect" going on in Massachusetts.

So this was the Mary Hyanno created by Franklin Bearce who hoped to join an Indian tribe in Connecticut in order to obtain benefits. This ancestry was proven to be a made up myth by Donald Lines Jacobus as long ago as 1938. He dispelled the myth that Augustine was a Gypsy or that Mary was an Indian.( See this Wikitree page for Donald Lines Jacobus take down of the Franklin Bearce myth.) (1935 Genealogy Article by Jacobus. ) 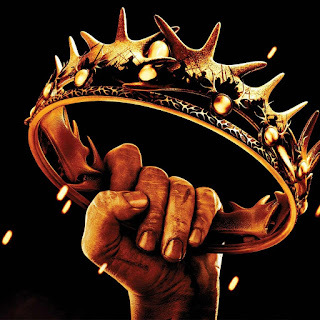 Much has be written to dispel this myth and yet, here we are today, in 2016, still battling this story which has taken on a life of it's own. I was googling Mary Hyanno and found this new version of her name, "Mary Motechina Mohegan Hyanno." Motechina Mohegan, humm, I wonder where that came from? Anyway, in this new updated version, Mary and John Hyanno are not daughter and father but rather siblings, both the children of Chief Iyannough, who died right after Mary was born. The story goes on to say that Mary was then raised by her grandfather Highyannough and her brother until her marriage to Augustine. This updated version of Mary is backed by the ultimate trump card, Oral Tradition. I can claim just about anything about any ancestor and when you say prove it, I whip out my oral tradition card and stop you in your tracks! But for oral tradition to work, the basic story has to be at least plausible and this one is not. So let take that crown of this poor lady's head and call her Mary Unknown.

I'm happy to say that wikitree, at present, has this one right. Check out her profile here for links to discussions which prove the story is false.