Stephen and Jane "I'm no Indian Princess" Flanders
So, why is it that everyone wants an Indian Princess in their family tree?  This is the second one I've found and had to prune her out. Don't get me wrong, I would welcome any genuine Indian heritage that would add a little spice to my seemingly 100% European genetic makeup. But come on, a princess, please! Everyone knows that Indians didn't have princess'.  Anyway, here is what I have been able to piece together about Stephen Flanders and his wife Jane, who was not an Indian Princess.

background
The date and place of birth for Stephen Flanders and his wife Jane are unknown. A lot of family "legends" about his origins can be found in books and on the internet if you're interested in searching for them, I however, am trying to stick to the known facts so I'll leave them alone. The only thing I will say is that the name Flanders was found in England at the time, so it is entirely possible that Stephen was English and not Flemish as so many source purport.

jane is a pain in maine
The first documented proof of the Flanders in America comes the court records of Georgeana, Maine. At a meeting of the General Court held 16 Oct 1649, Jane Flanders was presented for abusing her husband and her neighbors. The constable had a warrant to bring her to the next court. She did not appear again in any Maine Court. [1] On the same page as her court appearance is an order by the court that "any woman that shall abuse her husband or neighbors or any other by approbrioius language, being lawfully convicted, for the first offence to be coucked and if incorragble for it to be whipped." [2] 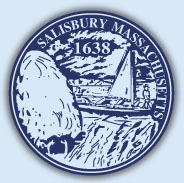 The next record of Stephen is in Salisbury, Massachusetts. He was not one of the original proprietors, but he was a listed in 1650 as a Salisbury Commoner; he was taxed in 1652. [2] He received a share of Mr Hall's Farm when it was divided among the men of Salisbury. In 1658 he was a signatory on a church petition. Here is where I am going to jump off and talk about some of the stuff written about Stephen.

crossing the line from fact to fiction
In a book about the Flanders Family written in 1935 Edith Dunbar, the author,  crosses the line between genealogical research and guess work. She writes:

" we may ask why he took no part in the activities of the Puritan church at Salisbury until this dissension came up, what more obvious answer could there be than that he was a member of the dissenting Party?  At a time when the Puritan Church was an organ of government such that "none could have Justice" from the courts, "save such were members," it is easy to understand why anyone not in sympathy with the church would prefer to have his dissension there from pass unnoticed; also, considering the text of the petition as a member of the dissenting part, his signature would give greater weight to the petition.  Of course, we might add that he was averse to assist in paying the board of the council at Samuel Halls.  As he was of Flemish origin, it is natural to suppose that he was a Walloon or French Protestant, and this conjecture is substantiated by the fact that the majority of his descendants, from immediate progeny up to the present generations, were and are members of the Baptist or Methodist form of faith..." [3]

a bit about religion
Well, excuse me for being a Catholic, Edith!  Okay, so what do I dislike about the above statement. In 1658 there are only about 60 or so men in Salisbury, and 50 of them sign the petition, many of them faithful Puritans. These were hardly radical dissenters. In fact in 1667 there are only about 10 men who are actual members of the church. This does not mean that the others are not active members. Everyone had to go to church.  In order to become a "member" one had to undergo a severe scrutiny by a panel of church elders regarding their religious convictions. Most men were adverse to such an ordeal. [4] So other than this letter of petition, how does the author know that he did not participate in the church? Why is it natural to assume he was a Walloon? Wallonia was not Flanders, it was the French/German speaking part of Belgium. Besides, the Puritans were quick to run anyone who disagreed with them out of the colony.  Obviously this was not a major breach with the church. In fact it was a petition to request a separate church from Amesbury, hardly a crisis of faith. Okay so what I am saying here is that you can't take a few bare facts and mix them up with a family legend and try to read between the lines.   Back to the facts.

In 1677 Stephen signs yet another church petition, signatory's are described as either householders or brethren i.e. church members. Also signing the petition was  his son Stephen Jr. Finally in a 1680 Norfolk County Petition he was a signatory along with his sons Stephen Jr., John and Phillip Flanders his sons.

jane
So now how about a little bit about Jane.  Oh, Jane, you sound like you were a real piece of work. Jane was not an Indian Princess, she was almost certainly not an Indian, and her name was not Sandusky. There is no tribe of Indians called the Sandusky.  There were Indians who lived along the shores of Lake Erie, in what is now Ohio, along the Sandusky River.[4]  These Indians were most likely the Erie. Since the word "Sandusky" was not applied to the area until after the mid 1750's, it is not possible to associate it with Jane, who was born in the first quarter of the 17th century, say 1620.

jane does not play well with others
We know that Jane was threatened with court action in Kittery for her behavior, this did not change when she moved to Salisbury.  She was in court multiple times for "railing carriages and misbehaviors".  She got into name calling spats with her neighbors, they threatened her, she threatened them. She admitted in court to being "distempered in her head".  At least twice the court ordered that she be whipped for her deeds.  At first glance it would seem that she was a very unpleasant woman, and maybe she was, but maybe she was an overworked, chronically pregnant, stressed out, unhappy woman. Stephen, her husband was also in court for "breach of the peace", maybe he was the source of her unhappiness, who can say.  I  think we cannot possibly judge this woman based on her court appearances and to say, as some have, that this somehow is proof of her being an Indian is an insult to her, to all Indian women, and to me, smacks of racism. Jane died, whether railing at the world or at peace with God, on November 19, 1683. She was followed by her husband the next year on June 27, 1684.

I think it is interesting that all the children are given good English names and nothing that sounds remotely Dutch. What do you think?

[2] David Webster Hoyt, The Old Families of Salisbury and Amesbury, Massachusetts: With Some Related Families of Newbury, Haverhill, Ipswich, and Hampton, and of York County, Maine. (Baltimore: Genealogical Pub., 1982), 11.

[3] Edith Flanders Dunbar, The Flanders Family: From Europe to America, being a history of the Flanders family in America and its probably origin in Europe, (Rutland, Vermont: The Tuttle Publishing Company, 1935).